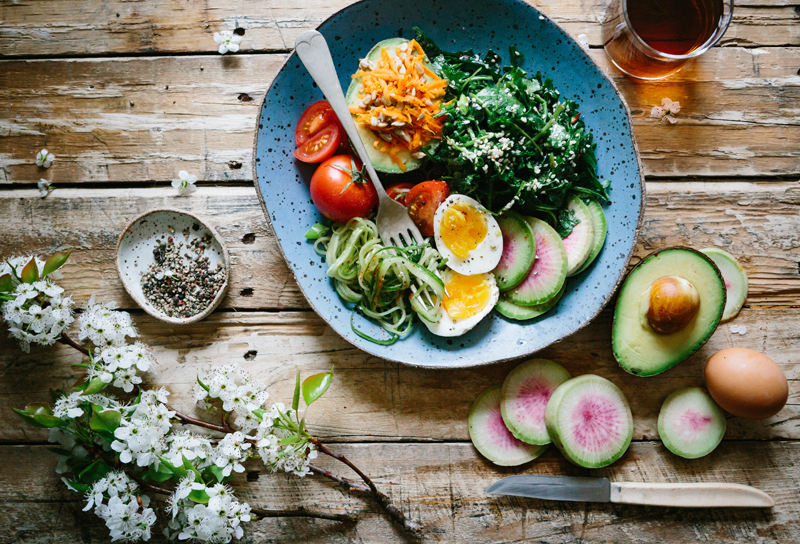 04 May The Skinny on Smaller Portions

“Little decisions that can take you from fat to fit”

According to recent research, the average person makes 200 decisions every day that will influence his or her weight. And most of these decisions aren’t monumental choices, most, in fact, are small choices, habits if you will, that over time can take us to two places – fit or flab.

Clear The Table: Get in the habit of moving the food from the dining room table. Researchers at Cornell University found that when people served themselves from the kitchen counter or the stove, they ate up to 35 percent less food than they did when the food was readily available on the kitchen or dining room table. When there’s distance between us and our food, the scientists theorize, more thought goes into whether we are really hungry for more.

Sleep It Off: A routine sleep schedule is critical to fat to fit plan, according to Wake Forest University researchers who tracked study participants for 5 years. In the 40 and under age group, people who slept five hours or less each night gained nearly 2½ times as much abdominal fat as those who logged six to seven hours. So catch some Zzzzz’s because according to this study people that are sleep deprived tend to eat more and use less energy.

Watch What You Drink: Researchers say you can measure a person’s risk of obesity by measuring his or her soda intake. Versus people who don’t drink sweetened sodas, here’s what they found:

• ½ can = 26% increased risk of being overweight or obese

Because high-fructose corn syrup is the main ingredient in most soda and because it is so cheap, food marketers keep making serving sizes. That means we’re drinking more soft drinks than ever and don’t even realize it. On average we drink forty six gallons of a soda a year which according to the Center for Science in the Public Interest makes “Carbonated soft drinks are the single biggest source of calories in the American diet.”

What we suggest is skip the soda and try adding the juice of half a lemon or 4 tablespoons of unsweetened cranberry juice to 32 ounces of water with a sprinkle of SteviaSweet Pure Stevia Powder . Aside from being less than 2 carbs, you will get the health benefits that the stevia provides along with the vitamin C and electrolytes that lemon have. You can substitute limes for lemons if you get bored.

Big Bite Control: Gandhi once said that “we should drink our food and eat our drink”. What he was saying is take time and chew your food in small bites and take small sips of water. In general, people tend to eat too much, too fast and for all the wrong reasons. Dutch researchers recently found that big bites and fast chewing can lead to overeating. In the study, people who chewed large bites of food for 3 seconds consumed 52 percent more food before feeling full than those who chewed small bites for 9 seconds. It takes time for the body to tell the brain that it’s full. So the faster you eat, the less likely you are to feel satiated, and the more likely you are to overeat. Slowing down and learning to pace yourself, will almost certainly result in fewer calories being consumed, says Edward Abramson, Ph.D., professor of psychology at California State University in Chico. The reason, tasting food for a longer period of time signals your brain to make you feel full sooner, say the scientists.

Now that you are armed with these tips follow through and get skinny!